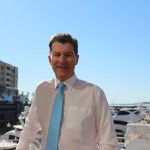 As you are probably aware now, last week the United Kingdom (‘UK’) voted to leave the European Union (‘EU’). This has caused a lot of volatility in markets. Today, two ratings agencies have downgraded the UK’s credit rating from AAA to AA. So Australia now has a better credit rating than the UK – we’re still (for now) AAA rated. It is also causing a lot of political changes in the UK – the PM is resigning and the Labour party is in disarray, with a big chunk of the shadow cabinet resigning.
It is clear that there will be political instability in Europe for a while. It is not clear how long markets will take to adjust to to this new reality. However I (being an optimist by nature) see a lot of positives from Brexit. Here they are:

1) A Cheap Pound
The Pound has fallen. 1 Aussie dollar now gets you 55 pence – last week it was about 50 pence. That’s a 10% weakening. This means that a trip to the UK will be cheaper. It also means that exports from the UK of goods and services will also be more competitive. So its a great time to book a trip there.

2) Politics Not Markets
Stock markets have fallen after the vote, which was not expected by most commentators. However this should stabilise over time. The changes are more political than of a market nature. Having said that, markets dislike uncertainty and there may well be further volatility. We also have a presidential election in November – a resurgence of Mr Trump could also cause more ups and downs. This is a market where active fund management, with fluid mandates will be of value.

3) An Australian/Kiwi/UK Free Trade Agreement?
In 1973 Britain joined the European Common Market (a very different entity then to the now 27 member EU). In Tasmania (which was called the ‘Apple Isle’ when I was a lad) the apple industry collapsed. I guess those orchards are now vineyards. But there is a real prospect of Australia and New Zealand coming to a Free Trade Agreement relatively quickly. Much easier than negotiating an EU FTA, where 27 countries have vested interests versus the UK only.

Us older types might even get a fast queue at Heathrow 🙂

4) A Reforming Europe?
The day after the Leave vote was announced, which was Friday, European markets actually fell further than the UK market (the ‘FTSE’ index). It seems to me that it is the EU that will face the greater crisis in the short and medium term. The good bit? This may lead to positive European reform.

For those of you who have borrowed money, it is now likely that the Reserve Bank of Australia will hold off for longer on raising interest rates – and might even reduce them further. And the US Federal Reserve will now have trouble putting up rates in the US. This is bad news for those relying on term deposits for their savings – but those rates were already chronically low in any event.

It is now clear that the people of England in particular always saw the EU as a means of facilitating trade. However on the continent, particularly in France and Germany, it was seen as much more than this. Expectations and indeed cultures were quite different. So this break could be seen as a natural one – just as the UK stayed out of the common Euro currency, and the Schengen Treaty (which abolished internal borders).

We Greatrex’s hail originally from Birmingham (quite a few generations ago though). So I’m feeling a little British today. I have great faith in the tenacity and adaptability of the people of Britain – and am confidant that they will succeed in the long run.