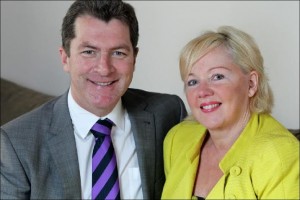 We thank Mark Teale of AAP for his interesting article which we have reproduced here:

No, I am not going to talk about how much you may have in assets, whether you are single or married, a homeowner or a non-homeowner, or how much you have in an account based pension.

What, I am going to attempt to explain are the components that make up the Age Pension that is paid on a fortnightly basis.

For the sake of today’s exercise let us examine the single age pension.

So, what is the full single age pension?

$860.20 per fortnight (pf)….I am sure most single age pensioners who are receiving the full age pension would tell you this is the amount that is deposited into their nominated bank account every fortnight.

But the actual fortnightly age pension for a single pension is comprised of the following components:

Leaving aside the energy supplement, what is the “Pension Supplement”?

The pension supplement can be broken down into two main components:

Now, before you jump all over me and tell me the numbers don’t add up , let us step back into history a little and see if I can make it a little easier to understand.

To coincide with the introduction of the GST back on 1 July 2000, a pension GST supplement was introduced to compensate pensioners for the effect the GST would have on the costs of goods and services they sought to purchase. It is very similar to what we now call the basic pension supplement.

In September 2009, as part of another major pension reform, a number of supplementary payments such as the Pharmaceutical Allowance, Telephone Allowance, the Utilities Allowance, and the GST Supplement were all rolled into what is now the Pension Supplement. In addition to the combining of the payments they were also increased – very generous of the government of the day!

What does this all mean when it comes to calculating my pension entitlement?

Sadly this is where it does get a little more complicated, so please be patient and I will explain as best I can.

A slight flaw in this line of thought is that once a pensioner’s assets or income reaches a certain limit, the “pension” component of the payment ceases. It is reduced to $0. However, the pensioner continues to receive the Minimum Pension Supplement, in the case of a single age pensioner, $34.40pf (plus the energy supplement), until the maximum upper asset or income test threshold is reached.

By way of example, and based on the current thresholds, a single home-owner, with total assessable assets, excluding their home, of $778,000 will still receive $48.50 per fortnight, comprising of the minimum pension supplement plus the energy supplement. However if their assets then increase by just $1,000 to $779,000 (current maximum upper asset limit for a single age pension home-owner) their entitlement reduces to zero.

To add to the confusion, the age pension is benchmarked against the Male Total Average Weekly Earnings, while the pension supplement is linked to movement in the CPI, and the energy supplement is no longer indexed at all. You can also elect, if you are eligible and if you wish, to receive the minimum pension supplement on a quarterly basis rather than as a fortnightly payment, which would change all the figures I have just shown.

It does seem a very complex position and totally unnecessary. As to why no government in the last six years has not made the attempt to simplify the components of the age pension, is anyone guess.

But maybe it is a question we should be asking?