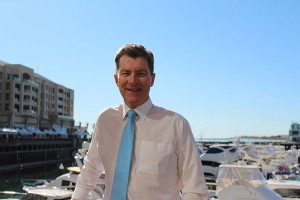 2016 has begun with real market turmoil. In the first week, the US stock market fell 6%. Oil prices have been below US$30 per barrel (down from US$110). For those facing retirement or retired, this is scary stuff. For those who are a long way from retirement, this should not be as frightening. So
what are the causes of all this and what can be done in the investment space?

I have worked in finance for a very long time, including in a dealing room. Having participated in these matters, it is often surprising the reasons that traders come up with for market falls or rises. The main two being pointed to at the moment are:

Many say that there is concern about ‘growth slowing down in China’. Yes, the official growth rates are slowing in China. And the official rates are often questioned. But China has grown hugely and is now a US$10 trillion economy. This slowdown is normal as their economy matures. And the US (a US$17 trillion economy) continues to grow at over 2% per annum.

So this is a real concern but perhaps over-emphasised

The oil price is very low. This is seen as an indicator of a lack of confidence in the future (I think). But cheap oil is a good thing for consumers and for industry. It also leads to cheaper natural gas. It is really only a bad thing for economies that rely heavily on oil and are not well diversified (so the US is a major producer these days, thanking to fracking technology, but has plenty of other industries.). So cheap oil is a net good thing.

The Real Cause (IMO)

The real cause is a bit more complicated. After what we Australians called the Global Financial Crisis (or GFC. Americans call it the Financial Crisis), Ben Bernanke (then head of the US Federal Reserve) reduced interest rates to close to nothing. He then did something that had never been done before – Quantitative Easing (‘QE’). This flooded the economy with USD. The EU and Japan followed.

QE ended in the US last year, and for the first time in many years, Janet Yelland, the current head of the Federal Reserve, increased interest rates. They have also presaged more increases over the coming year.

QE meant that asset markets were corrupted with easy money. Now those asset values are correcting. Also the markets are concerned that interest rates may rise too fast and cause excessive disruption. There is debate about how many more increase will occur this year.

What Should Investors Do In This Environment?

The first thing to do is not to panic. If you are a long way from retirement, your super will recover over time.

The situation for retirees and pre-retirees is rather different. We are looking more at using Absolute Return Style Funds that are managed in three ways:

1) Flexible Asset Allocation. Traditionally a Balanced portfolio (say) would have a mandate to invest in about 70% growth assets (mostly shares) and 30% defensive (mostly bonds). If they thought bonds were poor value (because interest rates were going up), they would not move to cash. Giving a more flexible mandate to the fund manager allows them to move assets to (say) cash in a volatile environment.

2) Wider diversification. Whilst considering traditional asset classes such as shares, fund managers should also be using alternative assets such as private markets, hedge funds and commodities. Advisers and individual investors generally do not have access to many of these opportunities.

3) Strong focus on risk management. The manager seeks to avoid losses if it can. This means that it may not be exposed to growth assets at times, and may lead to lower returns over time. But the volatility (which worries retirees and pre-retirees) should be less.

This of course is only General Advice. Seek the advice of a financial planning professional before proceeding in your own case. 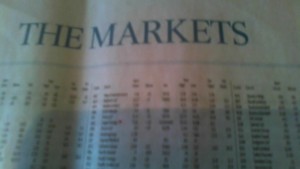