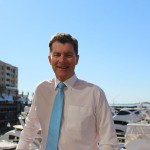 One of my favourite shows is Quest Means Business. Hosted by BBC trained Richard Quest, but normally hosted in New York city, he applies a certain British sensibility to financial matters globally. Right now, he is travelling the UK in a Bedford campervan. The latter was built in the 1970s. This was the time when the UK voted to join the European Community. Then it was much smaller, with seven countries. Since then it has grown into the European Union (‘EU’), and become quite a bit more intrusive into British life. There are now 28 countries in the EU.

On Thursday June 23, the people of the UK will be given the opportunity to again vote on whether to continue in the EU. For quite a while, it was assumed that they would vote to stay – Remain. But recently polls are showing that the Leave campaign has the upper hand. This is starting to cause uncertainty. Financial markets hate uncertainty – and so we are seeing a reaction in the share markets of the world.

There is some more uncertainty coming – particularly the US presidential vote on November 8. Donald Trump, whom the pundits said would implode and not represent the Republican party, is now the presumptive Republican party nominee. The same pundits are now saying there is no way he could beat Hillary Clinton. But both candidates are very unpopular. Mr Trump appears to be appealing to a similar group that is supporting the Leave campaign. In this case, it is white working class males – they are coming out to support him.

So what does all this mean from an investment standpoint? It means that there will continue to be a lot of volatility this year, and that interest rates will stay artificially low. My own view is that things are never as bad as they seem, nor as good as they seem. In other words, the reaction to all this uncertainty will be overdone. Fund managers will need to be keeping higher amounts of money in cash and lower amounts in bonds.

The key is not to panic. Don’t move to cash yourself as you could end up crystalising a loss, without a clear point at which to re-enter the market. Seek advice from a qualified financial adviser about your own personal situation. And take a long view – or at least longer than November 28.