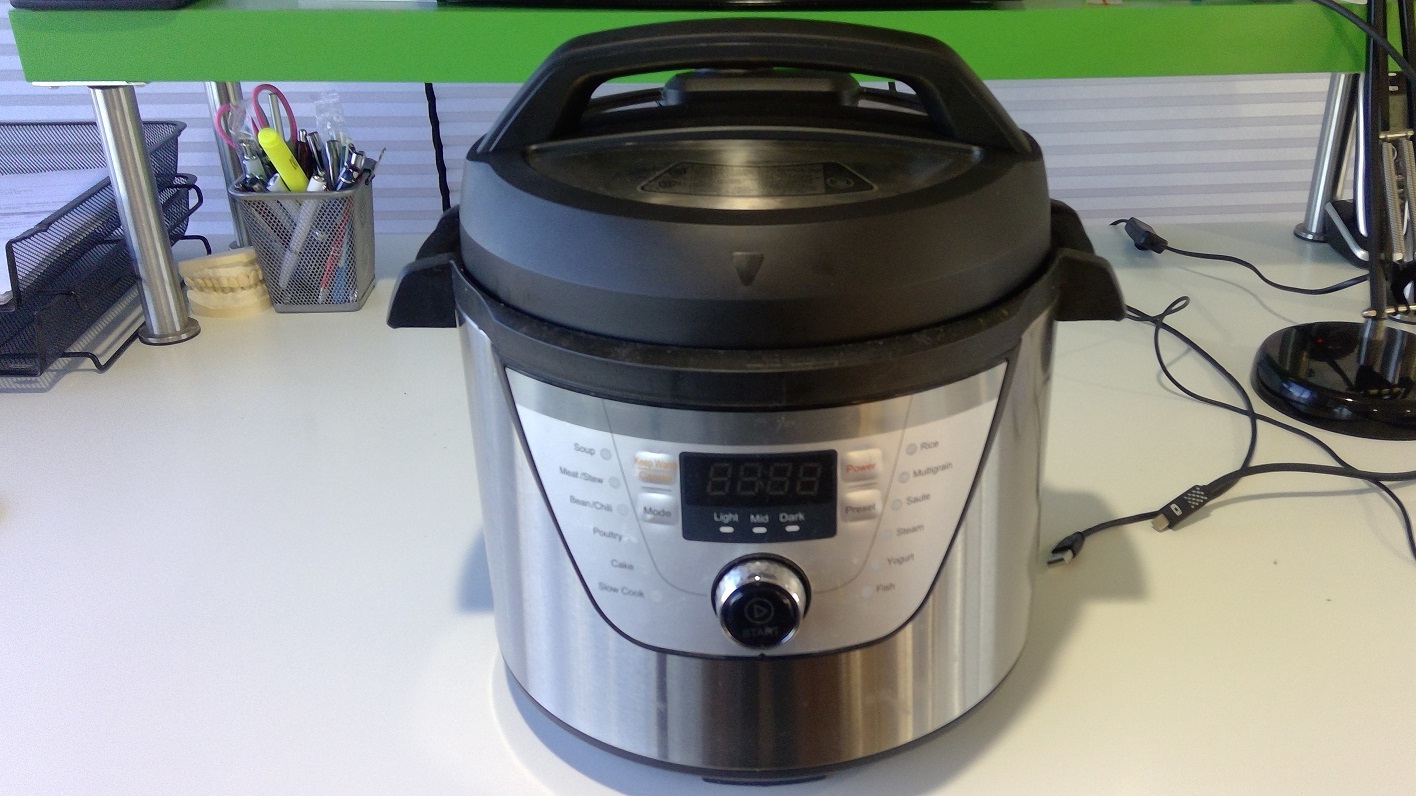 I love this thing

Well it is definitely winter now, and so one’s thoughts turn to your slow cooker, right? If they do I would like to recommend to you the Pressure Cooker.

I bought mine some time ago (I got this bad boy from K Mart. The current version has different options but can be picked up for just $59 at the moment).

If you are over 50, you may think of pressure cookers as the beasts your Mum used to use to make corned beef on the stove – heavy, analogue and hard to manage. The new Pressure Cooker is digital and has all the choices you could think of. The main advantage compared to a Slow Cooker is the time it takes to cook something versus the Pressure Cooker and also the power savings.

Recently we were staying in wild Queenstown Tasmania, and decided to cook a soup for dinner in the Slow Cooker. It took many hours and some of the veggies weren’t fully cooked by dinner time.

Compare that with my last soup at home. I made it with Jerusalem Artichokes. It took 40 minutes actual cooking time. That one I actually got a slow cooker effect as I turned it on in the evening and so it was on a sort of Stay Hot function until early morning.

My next project? Lamb, Sweet Potato and Almond Curry. One of the other great advantages of my Pressure Cooker is the saute function – you can’t saute in a Slow Cooker! So I will saute meat or vegetables in it first. Also the Pressure Cooker seals in all the moisture.

Just on the subject of Jerusalem Artichokes, also called Sunchokes in North America (where they are from I think). They are yummy and very good for you, as they contain inulin, a prebiotic which is good for your gut. When I bought two kilos the assistant at the veggie store initially charged me over double as she thought they were ginger – they look like ginger or turmeric roots.

So if you want tastier, faster meals this winter, and to save on your power bill, grab one and give it a go!